The S&P 500 has pulled back a bit during the trading session on Friday, breaking below the bottom of the hammer candlestick that had formed on Thursday. That’s an ominous sign, because it then turns the hammer into a “hanging man”, which is a negative sign. Nonetheless, I think that we still have plenty of support underneath and therefore I’m looking at the chart for signs of support that we can take advantage of.

The 3300 level underneath is massive support, based upon both structural and psychological influence. The 50 day EMA is sitting just below there, and I think it could also offer a significant amount of support. After that, the uptrend line of course offers support just below there. The S&P 500 has enjoyed quite a bit of inflow from overseas as people try to get away from issues when it comes to Asia or the European Union. That being said, people are looking towards US companies, especially bigger blue-chip companies, as a bit of a safety trade.

Great trade opportunities are waiting – don’t wait to profit from this pair!

The market is extraordinarily bullish in general, so I don’t have any interest in trying to short this market, at least not until we break down below the uptrend line at the very least. Even then, I think that there is plenty of support all the way down to the 200 day EMA which is currently at the 3078 level. Ultimately, this is a market that I think you continue to look at as one that you should be buying on the dips, and therefore that’s exactly how I’m going to trade it. I think the 3400 level above is significant resistance, but a pullback should find enough buyers underneath to build pressure that could accelerate this market right through that level. If we can get above the 3400 level, then it’s likely that we go down to the 3500 level next, which is my longer-term target. Yes, the Friday session was very ugly, but at the end of the day it’s something that we needed to have happen in order to offer a little bit of value. I think that a lot of this is simply a value hunting and digesting going on. As the world went into the weekend it’s not a huge surprise to think that people would be stepping away from stocks in general. There could be a news event over the weekend that sends stocks tumbling in this type of environment, so caution isn’t a surprise. 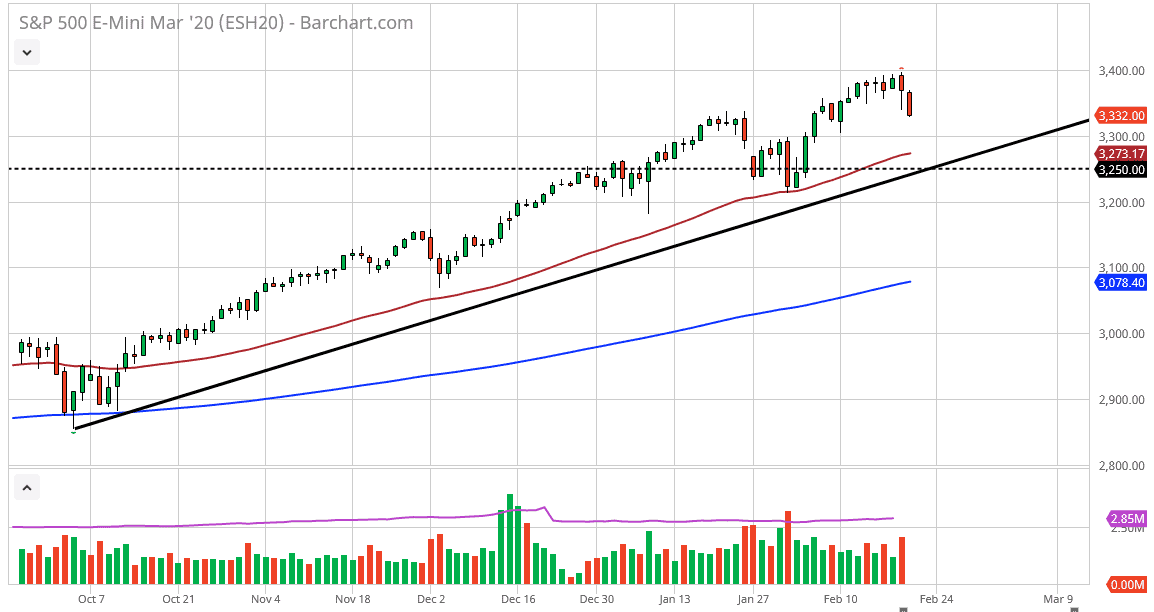